It makes sense St. Francis Xavier Parish is home to the Secular Oratory of Philadelphia. St. Francis Xavier was canonized with St. Philip Neri on the same day in 1622. Both saints were part of the Jesuit community of Saint Ignatius Loyola and the Society of Jesus. St. Francis travelled extensively through India and Japan, implanting small Catholic communities. While traveling on his first trip to China, in 1552, he became seriously ill and died on December 3 at the age of forty-six. He was canonized in 1662 and in 1927 was named patron of foreign missions. He is also the patron saint of India. The feast day of St. Francis Xavier is December 3. 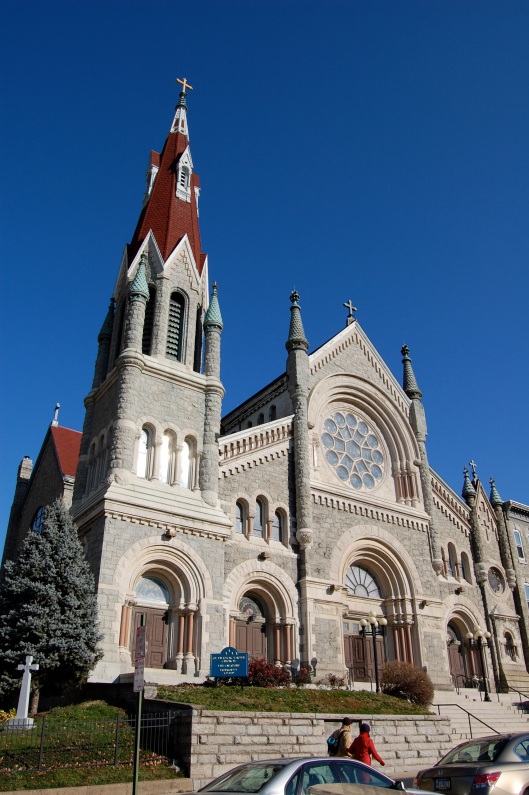 St. Francis Xavier Parish in the Fairmount section of Philadelphia, Pennsylvania was founded in 1839. The church originally built in 1893-1898 extended to its present size in 1906, and rebuilt in 1908 after being damaged by a fire that started in a nearby hat factory.  St. Francis Xavier Church was only the seventh Catholic Church to exist within the city. The church did not modify its old High Altar following the liturgical reforms of Vatican II in 1962. 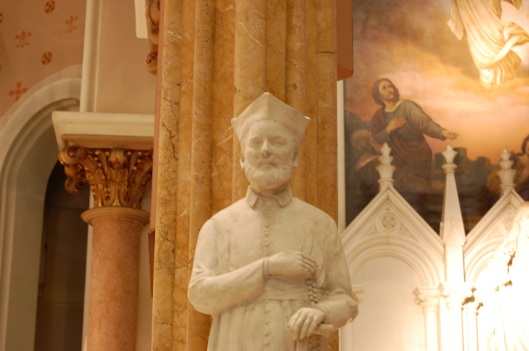 St. Francis Xavier Parish was entrusted in 1990 to the pastoral care of the Oratorian Fathers. The Secular Oratory is a community of Catholic young adults inspired by the spirituality of Saint Philip Neri. The Oratory is a community of secular priests and brothers who live a common life, observe a daily rule of prayer and practice the gift of stability, i.e., they hope to remain in one place for life. The Congregation of the Oratory was founded by Saint Philip Neri (1515-1590) in Rome and it was officially established in 1575.

“For if you seek God in truth, and enter vigorously the path which leads to Him, you will certainly find so much delight proceed from His service, as will easily mitigate and soften whatever sharpness or bitterness there is in conquering yourself.” St. Francis Xavier

“It is not the actual physical exertion that counts toward a man’s progress, nor the nature of the task, but the spirit of faith with which it is undertaken.” St. Francis Xavier

Side by side, St. Philip and St. Francis say goodbye.