The Resurrection: Beating Death on the Cross. Holy Trinity Chapel.

We glorify You and fall down before You, for You arose from the tomb, our only God. I will recount Your wonders.

The teaching of deification or theosis in Eastern Orthodoxy and much of Eastern Catholicism refers to the attainment of likeness of God, union with God or reconciliation with God.

“Theosis is a goal of Eastern Orthodox Christians, for according to the Bible, we are ‘made in the image and likeness of God.’ It is possible for man to become like God, to become deified, to become god by grace.” – Millet and Reynolds

Theosis is the mystery where He makes divinity our own. It is the movement toward communion with the divine.

St. Irenaeus, in his famous phrase, “if the Word has been made man, it is so that men may be made gods.”

“As it [the Holy Spirit] regenerates you, it changes you from corruptible to incorruptible, from mortal to immortal, from sons of men into sons of God and gods by adoption and grace.” – Symeon the New Theologian (10th century) 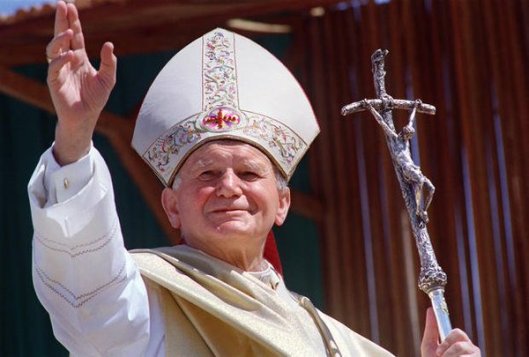 St. John Paul II said Catholics should be familiar with “the venerable and ancient tradition of the Eastern Churches”. 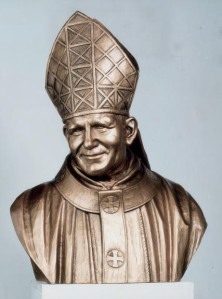 “…the teaching of the Cappadocian Fathers on divinization (which) passed into the tradition of all the Eastern Churches and is part of their common heritage.

This can be summarized in the thought already expressed by Saint Irenaeus at the end of the second century: God passed into man so that man might pass over to God.

This theology of divinization remains one of the achievements particularly dear to Eastern Christian thought.” (St. John Paul II)

“The fundamental vocation and goal of each and every person is to share in the life of God. We have been created by God to live in fellowship with Him. The descent of God in the Person of Jesus Christ has made possible the human ascent to the Father through the work of the Holy Spirit. Orthodoxy believes that each Christian is involved in a movement toward God which is known as theosis or deification.”

Lex Orandi, Lex Credendi means “the way you pray determines what you believe.” It was first used by Prosper of Aquitaine.

“Theosis describes the spiritual pilgrimage in which each person becomes ever more perfect, ever more holy, ever more united with God. It is not a static relationship, nor does it take place only after death. On the contrary, theosis is a movement of love toward God which begins for each Christian with the rites of Baptism and which continues throughout this life, as well as the life which is to come.”

Through Christ, we “become partakers of the divine nature.” (2 Peter 1:4)

Also, St. Basil the Great described man as the creature who has received the order to become a god. 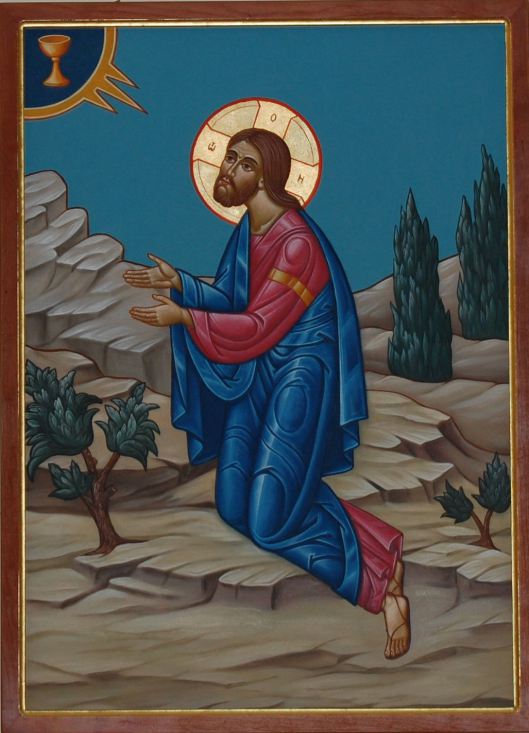 Jesus frequently went to Gethsemane with His disciples to pray (John 18:2).

“The Orthodox Church understands theosis as a union with the energies of God and not with the essence of God which always remains hidden and unknown. However, the experience of the Church testifies that this is a true union with God.

It is also one which is not pantheistic, because in this union the divine and the human retain their unique characteristics. In this sense, Orthodoxy believes that human life reaches its fulfillment only when it becomes divine.”

–  The Orthodox Church: An Introduction by Rev. Thomas Fitzgerald 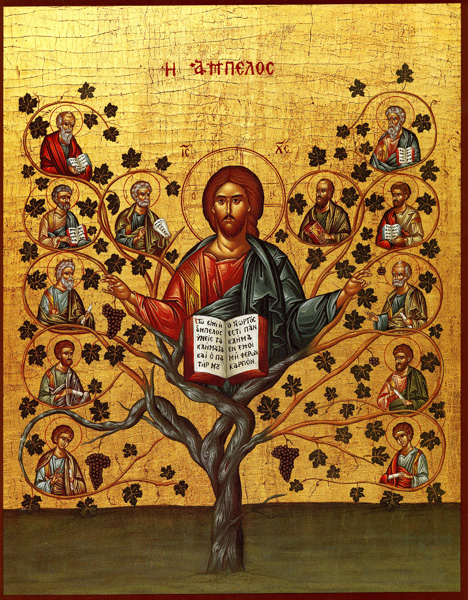 Tree of Life. This Orthodox icon first appeared in the 15th century.
The twelve shoots of branches are the Apostles.

Theosis, therefore, is our union with the energies of God. To you be glory forever!