Recently, we had the Extraordinary Form Mass, the traditional Latin Mass, celebrated here at Most Blessed Sacrament parish where I am the pastor. While both forms of the Mass are the same in what essentially happens, therefore one is not greater than the other, there is a difference in how it happens. 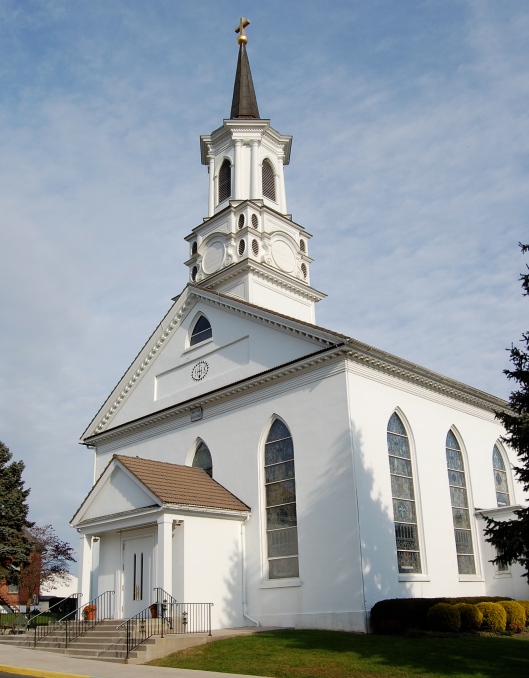 Delving into the Mass

From the traditional Latin Mass we can learn much about the nature of the Mass that can help us appreciate what the Mass is when offered in the Ordinary Form. Here are some of the things I observed during the Latin Mass. The first is that the priest leads the people as both face east in prayer.  Our parish plans to look at that in future reflections. 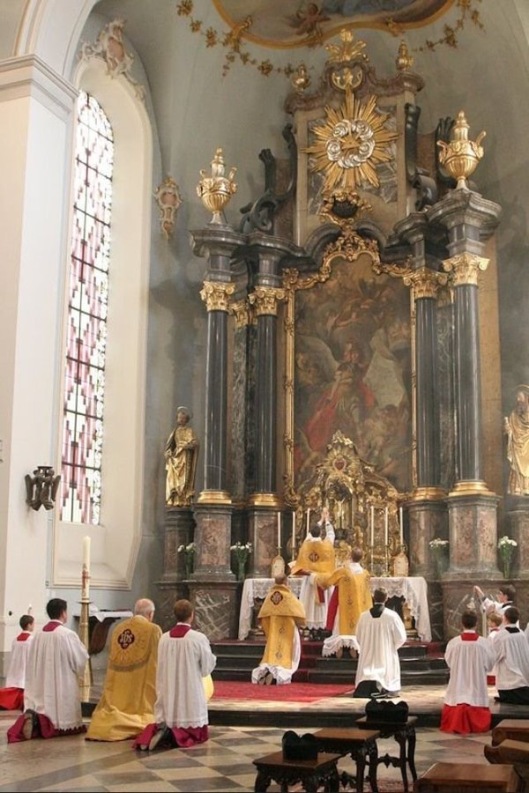 Another thing I noticed is there are more moments of silence. The priest says many of the prayers in a low voice or even inaudibly. The faithful’s participation is more interior than exterior. To participate the faithful need to know what is happening during the Mass. We can certainly apply this to the Ordinary Form Mass as well. Even though most of the prayers are spoken out loud, how much the better will be the faithful’s participation if aware of the meaning of all the signs and gestures and of the words that are spoken.

Drawn to the Altar

I also observed a greater closeness of the priest with the altar in the Latin Mass. The altar is a symbol of the Lord Himself. As I celebrate the Mass I feel a special closeness with the Altar and this has continued to grow over time. It is hard to express in words, but as a priest I feel drawn to the altar. You may notice that at the Mass in the Ordinary Form, the priest reverences the altar by kissing it at the beginning and end of Mass and also we bow to the altar during the Mass. We may also incense the altar. In the Extraordinary Form, the priest also leans on the altar while saying the words of consecration. It is reminiscent of St. John leaning on the chest of Our Lord during the Last Supper. It is a beautiful symbol of the closeness with the Lord in that moment. 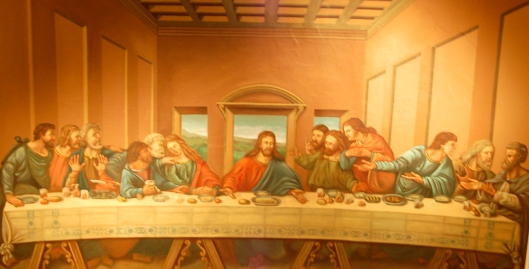 “The Last Supper” ceiling painting at Most Blessed Sacrament Church

There is also something beautiful about ascending the three steps up to the altar. In the Scriptures God is so often met on a mountain. The crucifixion was on the Hill of Calvary. The priest going up to the altar of God, reminds us he is going to meet God and offer sacrifice for us.

Communion: The High Point of the Mass

One of the most notable differences between the Ordinary and Extraordinary Forms is the rite of Communion. Communion is the high point of the Mass and the Extraordinary Form really emphasizes the sacredness of this moment. Each communicant comes forward and kneels (if physically able) and the priest and assisting server comes to each one. The server places the patten under the communicant’s chin and the priest makes the sign of the cross over the communicant with the Sacred Host and says, in Latin,

May the Body of Our Lord Jesus Christ preserve your soul for life everlasting. Amen.

The priest then places the Sacred Host on the communicant’s tongue. How beautiful and truly moving is this manner of receiving Holy Communion! Sadly, I believe, the Ordinary Form, with its communion line, quick prayer, and option to receive in the hand fails to help the faithful grow in devotion to and belief in the real presence of Christ and also fails to express that this is the high point of the Mass. While I believe someday we will return to the Communion Rite of the Extraordinary Form, there are a few things we can do in the Ordinary Form right now to help make this better. We can slow down and take our time receiving Holy Communion. We can make a good and deliberate act of reverence to the Blessed Sacrament. We can make an act of faith before receiving and pray after Mass a prayer of thanksgiving. We’ll look more closely at this in future reflections as well. 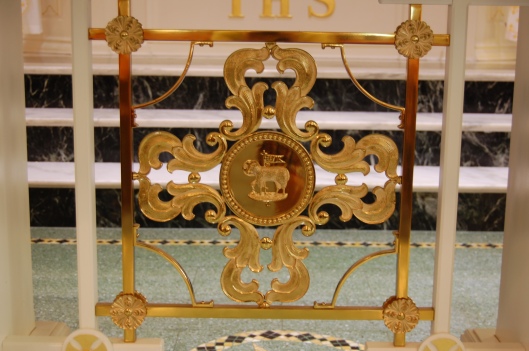 The Lamb of God insignia in front of Altar, Most Blessed Sacrament Church

Overall I hope the experience of the Extraordinary Form Mass in our parish will help us to understand and appreciate the Mass more and lead to a deeper love for this, the Lord’s greatest gift to us and our most fitting act of worship. – Peace, Father Adam 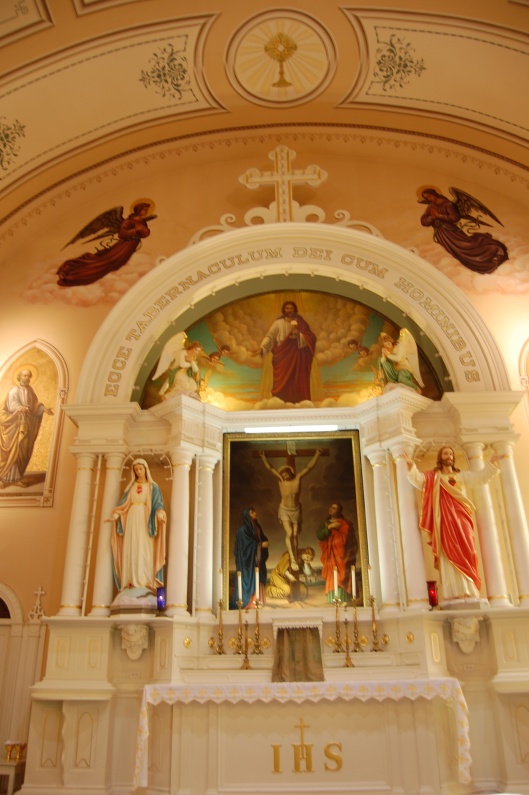 Guest Post: This is a guest post by Father Adam Sedar, pastor at Most Blessed Sacrament Church in Bally, Pennsylvania. The text is from a recent bulletin article Father Adam created for his parishioners and agreed to share on this blog. Father Adam’s insights into the Mass are timely especially with increased interest in the Extraordinary Form of the Mass. 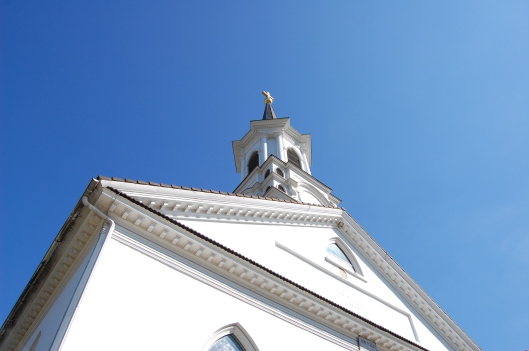 6 thoughts on “Drawn to the Altar: The Extraordinary Form Mass – Observations (Guest Post)”