John Neumann (1811-1860) celebrated Midnight Mass (Christmas) in 1859, a few days before his death. After his funeral services he was laid to rest in a grave in the basement of St. Peter the Apostle church. The body now lies in state, enclosed in glass under the altar at what has become the world renowned National Shrine of St. John Neumann. Feast day is January 5. 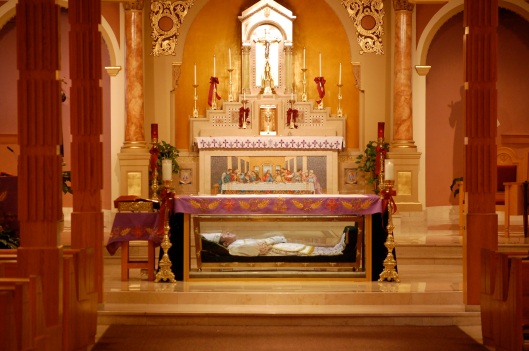 Prayer requests can be made to John Neumann for intersession by God to make the request realized. Saints themselves do not perform miracles, but recognized in Heaven as Saints, they can request from God to intercede on their behalf. The National Shrine of John Neumann has on record many of these realized prayer requests.

Alphonsus Liguori is the founder of the Redemptorist religious order. (1732)

Saint Alphonsus Liguori is also a Doctor of the Church. Liguori was influenced by St. Teresa of Avila (1515-1582), St. Francis de Sales (1567-1622) and St. Vincent de Paul. (1581-1660). As Neumann became a Redemptorist and eventually its leader, he spread knowledge about these great saints.

Pope Pius IX proclaimed Liguori a Doctor of the Church in 1871. In his book Preparation for DeathLiguori says, “While we are in the body, we are absent from the Lord.” (2 Cor. v. 6). While the soul is united to the body, it is at a distance from the vision of God, as if in a strange land, and excluded from its true country. Hence, according to St. Bruno, the departure of the soul from the body should not be called death, but the beginning of life.”

A large diocese to manage.

First appointed Superior of the Redemptorist American Mission in 1850, then on March 19, 1852 Nuemann was consecrated bishop of Philadelphia, a role he really didn’t want. 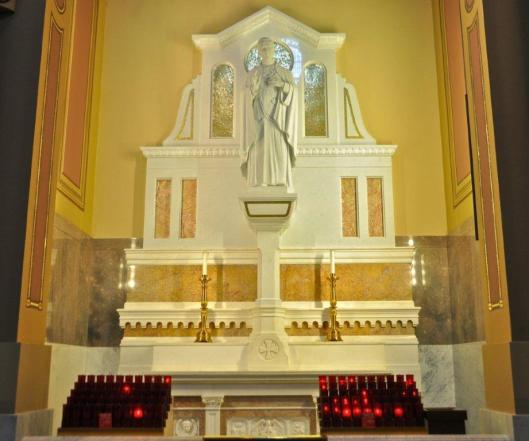 Opened in 1864, the Cathedral is the motherchurch of the Archdiocese of Philadelphia. One of the first tasks when Neumann became Bishop was to complete the Cathedral. Unfortunately due to money constraints, the Cathedral completion was delayed. The cathedral was finally dedicated on November 20, 1864, where it stands today.

More of Neumann in the Basilica of St. Peter and Paul.

The interior of the Basilica is in Roman-Corinthian style with a dome at 156 feet high. St. Katherine Drexel, a contemporary of John Nuemann, also has a side chapel, one in which she donated while she was alive! The Basilica is one of the finest east coast examples of architecture expressing our Catholic faith.

The future planned entrance of the St. John Neumann Shrine.
The Shrine continues to thrive and remains active in the local community, much as Nuemann did while alive. 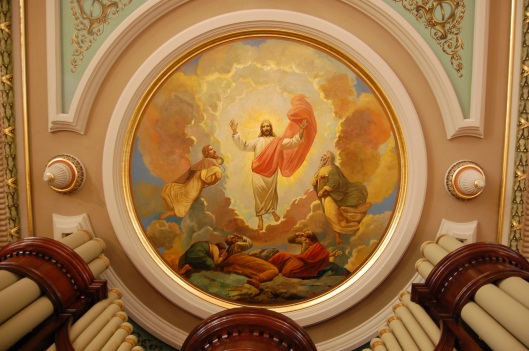 In St. John Nuemann Shrine, looking up, in all its glory.