The Look of an Eastern Christian Church 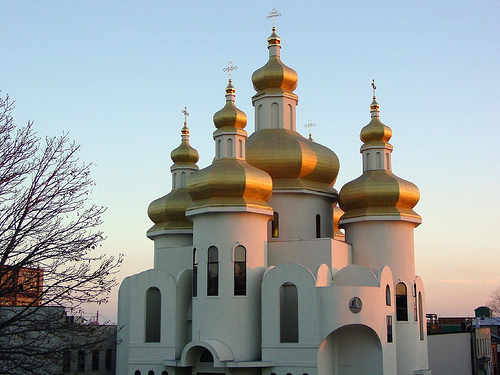 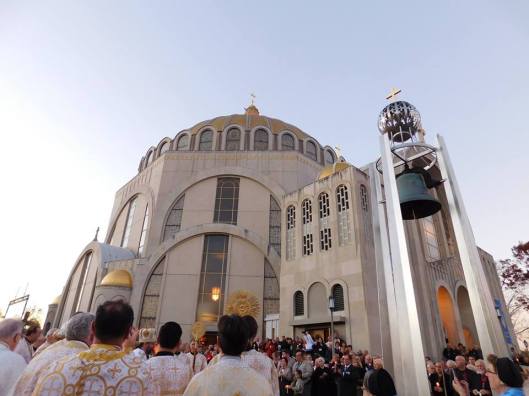 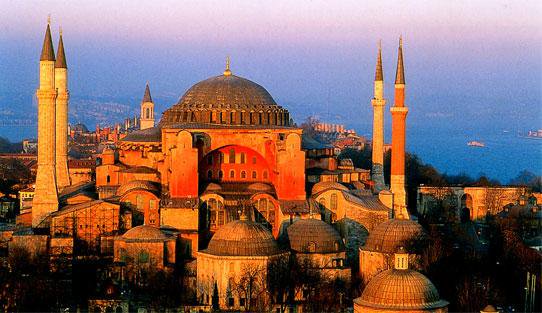 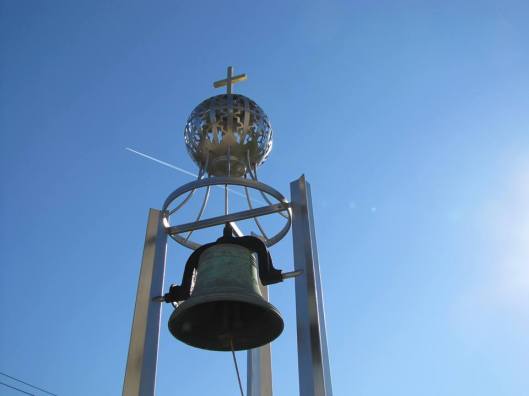 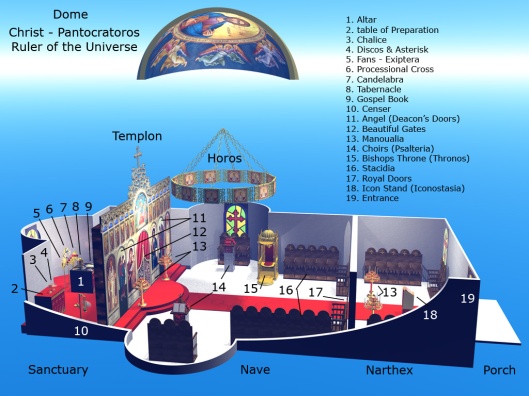 Details of an Eastern Orthodox Church. Note the Templon is also called the Iconostasis. 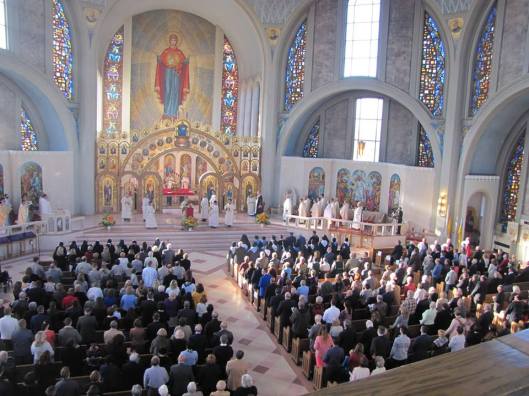 On the Holy Table in the Sanctuary are placed the Book of Gospels and the Holy Gifts during the Divine Liturgy, and in the center of the table stands the tabernacle (artopohorion) containing the reserved Eucharist. 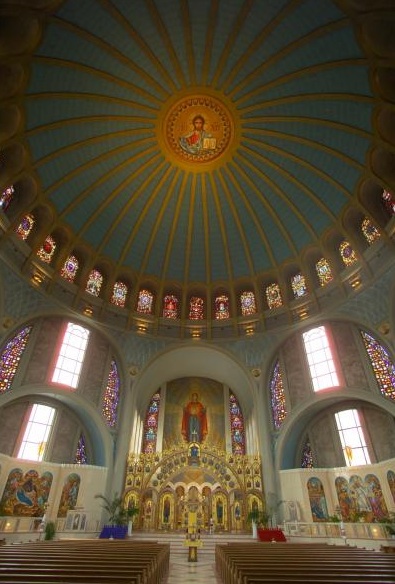 The cupola or inside the dome symbolizes the sky and in an Orthodox tradition, at the top, inside the dome, is Christ the Pantocrator, the Ruler of All. Depicted below him, around the dome, are the central act of worship, the Divine Liturgy; the Twelve Apostles; and major prophets and other figures of the Old Testament.

Iconostatis at Ukrainian Catholic Cathedral of Immaculate Conception, Philadelphia PA.
The central doors or Royal Doors of the iconostatis are shown open.  The Iconostatis represents the natural boundary between God and man; earth and Heaven.

The closed Royal Doors of the Cathedral of Immaculate Conception showing the gospel writers flanked by Jesus on the right and Mary with the child Jesus on the left. Only religious walk through these doors.

More on the Iconostasis: Next to Mary, the shorter icon is Archangel Michael one one of the side doors or deacon doors. On the far left is St. Nicholas.  Next to the Jesus icon, is also a deacon door shown as St. Stephen and on the far right is St. John the Baptist.

Above are the Great feasts of the Church and the round icons atop the iconostasis are the Old Testament Prophets. The apostles are the rectangular icons. At the center top are the icons of Last Supper and Christ Enthroned.

Divine liturgy in the sanctuary, behind the Iconostatis as viewed from the narthex. Photo credit: Cathedral of Immaculate Conception 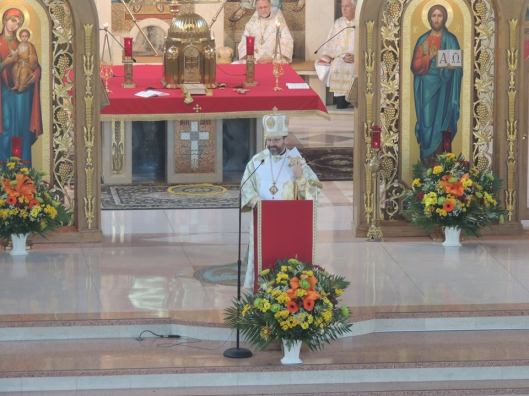 Most of the Eastern Catholic parishes on the east coast of the United States are small parishes with 400-500 parishioners, yet closely knit, vibrant and conveniently located in towns of all sizes. Holy Archangel Michael Byzantine Catholic Church is one of these churches. There are roughly 37 parishes in the Pennsylvania area of the Ruthenian Byzantine Catholic Church and close to 40 parishes in Pennsylvania and New Jersey within the Ukrainian Catholic Archeparchy of Philadelphia.

4 thoughts on “Architecture of Eastern Christianity”